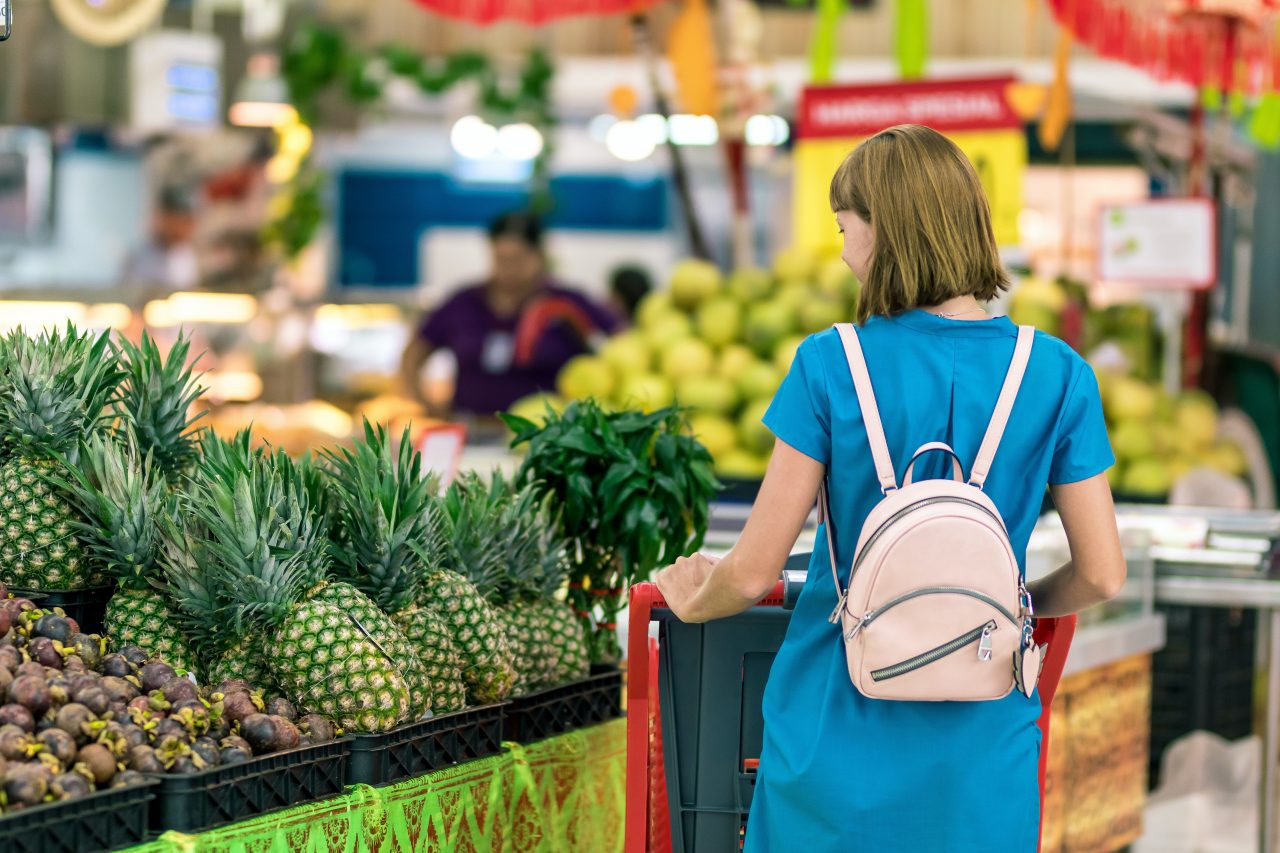 Something fundamental changes when one becomes vegetarian. The active choice to forgo eating animals – to pursue a cruelty-free lifestyle – has the potential to unleash a domino effect on the rest of our behaviour.

A simple shift has taken place over the last several hundred years. Humans have migrated predominantly into cities. In these urban environments, we accrue material wealth. The middle class is a relatively new phenomenon. Monetizing every aspect of life, from morning to night, 24 /7, is the calling card of the 21st century shared experience. It is all too simple to unconsciously buy into (literally) the system of consumerism without questioning the methods that allowed businesses to economize on production at the expense of their workers in the first place. The western marketplace facilitates fast food, fast fashion, and fast living. In the tireless pursuit of convenience, ethics have fallen to the wayside.

Or have they? Entering this new decade, we are seeing a rapid displacement of the economic status quo. 2020 has been a cataclysmic shift for all. To survive the tectonic changes in economic activity that Covid-19 has generated, businesses across the globe have had to rapidly adjust. Agility, flexibility, and opportunism are key traits in the new business environment.

To meet evolving demands of the public, businesses must update their marketing, production, labour, and sustainability strategies. Consumers are more aware than ever before. The cosmic leap in communication that the internet has facilitated must not be taken for granted. Knowledge is empowerment in our digital age. The same platforms that have allowed individuals to educate themselves on compassionate living – whether it be choosing a vegetarian diet or any other ethical behaviour – can create accountability systems between businesses and their customer bases. Is social media merely a promotional platform? Not to the savvy marketer. A social page is the medium by which a business interacts with its customers. What is the precedent for this immediate feedback loop? Individuals in this digital renaissance of commerce have much more power than they realize. Opportunity abounds for empowered consumers to make informed purchases. With direct links to company representatives, buyers can be crystal clear about evolving concerns and requests. Flash and dazzle are no longer the keys to success; entrepreneurs must concretely prove they provide value. For this reason alone, we ought to be optimistic about the future of commerce.

How do compassionate individuals act in alignment with their moral codes, in the face of a chaotic marketplace of temptations? It bears consideration to distance oneself from the product or service. We must act with confidence and certainty when we know what is right or wrong. Vegetarians live by the radical code that innocent creatures do not deserve to suffer and be killed for ephemeral culinary pleasures. As this moral positioning affects several daily decisions, it becomes a staple of the herbivore’s identity. If you abstain from animal products or exploitation in several areas of your life, you already know the experience of carefully examining each potential purchase. The evolved consumer is so much more than a purchasing machine. She researches a company and its products. She consults reviews and online forums. Perhaps she explores the business’ labour practices. How do they treat their employees? Are they environmentally responsible? These vital questions are kryptonite to corrupt enterprises that have traditionally benefitted from consumer ignorance.

Ignorance has been weaponized by the greedy and heartless to ravage the natural world and exploit the less fortunate. In 2020, people have woken up. We no longer have to live in a world of thoughtless abundance. We are afraid of the impact that negligent companies can have on their workers, animals, the environment, and overall future. Today, we have the option to enlighten ourselves, and battle for a better future. Consumers have so much more power than we realize. If there is no demand for a cruel or faulty product, it will not continue to be produced. When we purchase from responsible, diligent, sustainable businesses, we actively contribute to building the world we would like to live in. We can thoughtfully question each buy; “does the low price seem too good to be true?”, “what is the estimated carbon footprint of this item?”, “did any animals have to die for me to enjoy this?”, “how does this company treat their workers?”, “are employees paid a living wage?”. A few moments’ pause for consideration can have a tremendous ripple effect. Those who seek out meatless options practice this exercise in compassion on a daily basis. These are concrete ways we can vote with our dollars and fight for a kinder world. We cannot wait until we have exhausted all our natural resources to act. Make the empowered decision to walk the walk, and the earth will thank you for it. 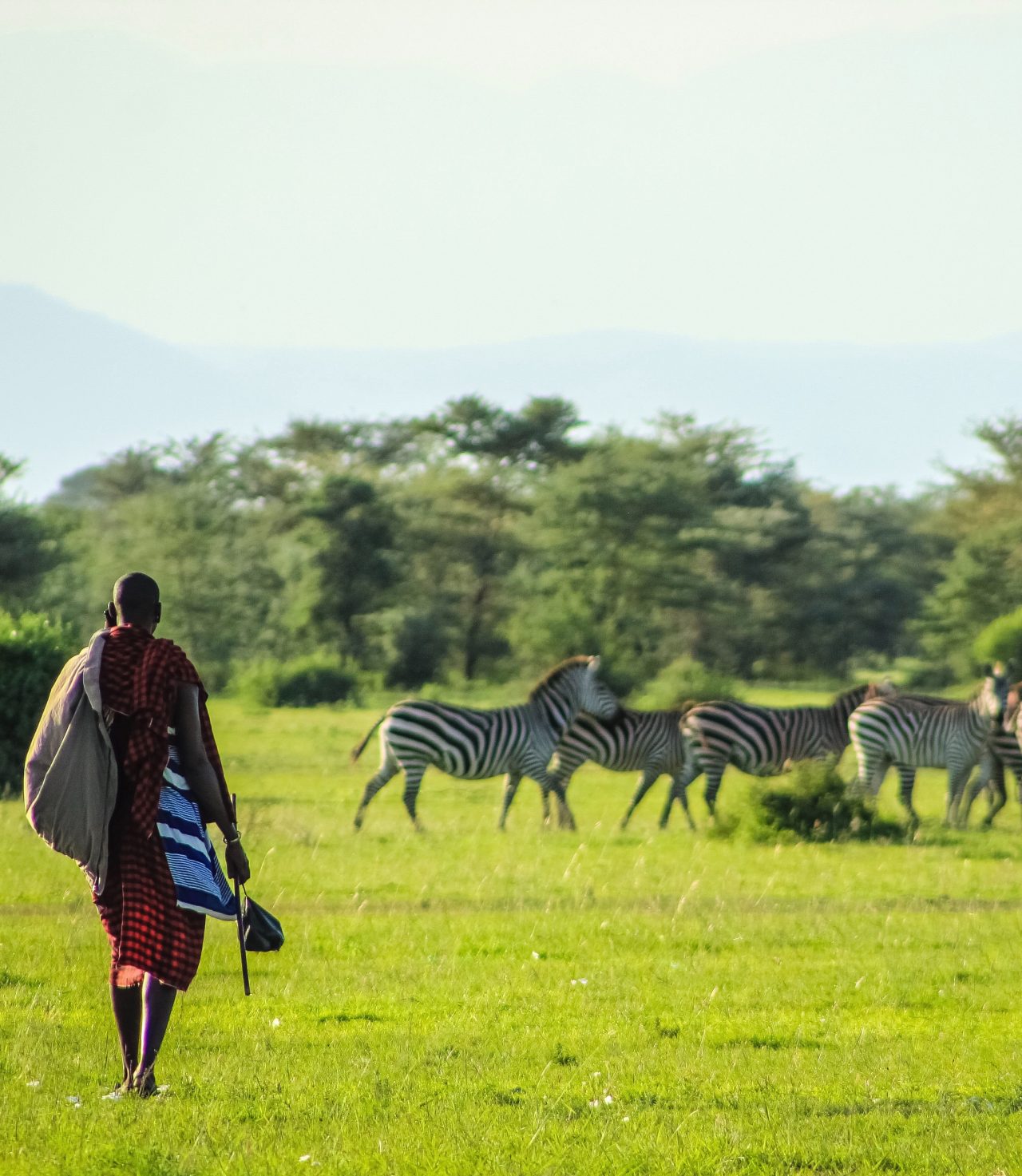 What is this utopia that the extremists campaign for? Would it ever even be possible to diversify human behaviour, push our neighbours and friends to forgo the pleasures of eating animals for the good of all life on Earth?

The environmental realities of 2020 leave human societies with some very crucial decisions to make. Although it is no small challenge to overhaul global diets, significant adjustments may become necessary to ensure future human prosperity. We cannot ignore the deforestation, desertification, pollution, sea level rise, biodiversity loss and countless other global crises as we favour wealth, greed, pride, and inaction.

Many who have chosen to follow a vegetarian or plant-based diet feel that meat consumption is linked to a larger carbon footprint (mainly due to the larger proportion of land needed to support livestock, in growing their feed and providing grazing/pasture land). In fact, in 2019 the UN and Intergovernmental Panel on Climate Change reported that drastically reducing worldwide consumption of animal products will help curb greenhouse gas emissions and slow climate change. Livestock require more freshwater, land, and grain than the calories they provide. By 2050, Earth will face the enormous challenge of providing enough food and freshwater for 10 billion people. Even if one completely ignores the ethical realities of factory farms, the future of humanity depends on a radical dietary change.

If every person on planet Earth adopted a plant-based diet, global food-related emissions would drop by 70%. This could be a massive boon to the economy, as these emissions are valued at more than $700 billion. The diet of a meat-eater requires 17 times more land, 14 times more water and 10 times more energy than a vegetarian’s, according to the American Journal of Clinical Nutrition. In facing the demographic and environmental realities of our changing world, we must not ignore these remarkable statistics. As we learn to accommodate billions more humans within a planet of already dwindling and poorly distributed resources, any strategy that encourages energy, land and water conservation while saving billions of lives should be the obvious choice.

The populations of our favourite livestock species; cows, pigs, chickens, sheep, goats, etc., grossly outweigh natural ecosystem levels. This was facilitated by removing these animals out of their habitats and sheltering them in human habitats for our own gain. Interfering to such a drastic degree in the population levels of these animals has had a profound effect on biodiversity levels of non-domesticated species, their habitats desecrated to serve the ever-expanding territory of factory farms.

Without the steep subsidies that fund cruel, overzealous slaughterhouses and meatpacking companies which enable them to keep consumer prices absurdly low and continue to profit off of torture, governments may actually be able to subsidize healthy plant foods for their citizens. Livestock subsidies could be redirected towards regenerative farming initiatives, support wildflower replanting efforts to provide pollinator habitats, and fund food programs for the food-insecure.

Additionally, as the over-consumption of meat is linked to heart disease, hypertension, diabetes and obesity, the move away from this diet could save billions in healthcare costs, or trillions globally. Heart disease and strokes alone cost the American healthcare system almost $200 billion annually. It is also worth accounting for the lost economic productivity that the sick populations could have otherwise provided. As a smaller country with a socialized medical system, Canada spends more than $20 billion on cardiovascular disease through direct and indirect costs. With a healthier population adequately nourished by plant foods, countries could redirect the exorbitant health expenditures towards more practical investments. The most vulnerable and poorest communities could be supported by national health and nutrition programs. Reorganizing and redistributing investments in food security could be particularly advantageous to the indigenous peoples of Canada’s North. The Inuit are considered by the UN Special Rapporteur on the Right to Food to have “the highest documented food insecurity rate for any aboriginal population in a developed country”. In 2014, almost 47% of households in Nunavut were reported as food-insecure.

Collected savings from healthcare and animal agriculture will not only support the millions suffering from food insecurity but will ultimately fund relief efforts for the negative implications of climate change. We all deserve an egalitarian society that cares for its suffering and vulnerable populations, while providing everyone with the option for a healthier future. This future is not only possible – it will be for the betterment of billions of lives. 700 million people do not need to live on less than $2 USD a day. Our planet has ample resources to provide for sensible, conscious lifestyles for 10 billion humans, we need only adjust our standards of consumption. A better world is possible when cruel, unsustainable, selfish behaviours are left behind. When we value the lives of animals and respect the environment, we can ensure the livelihood of future generations and reverse the catastrophic climate change that would otherwise doom us.