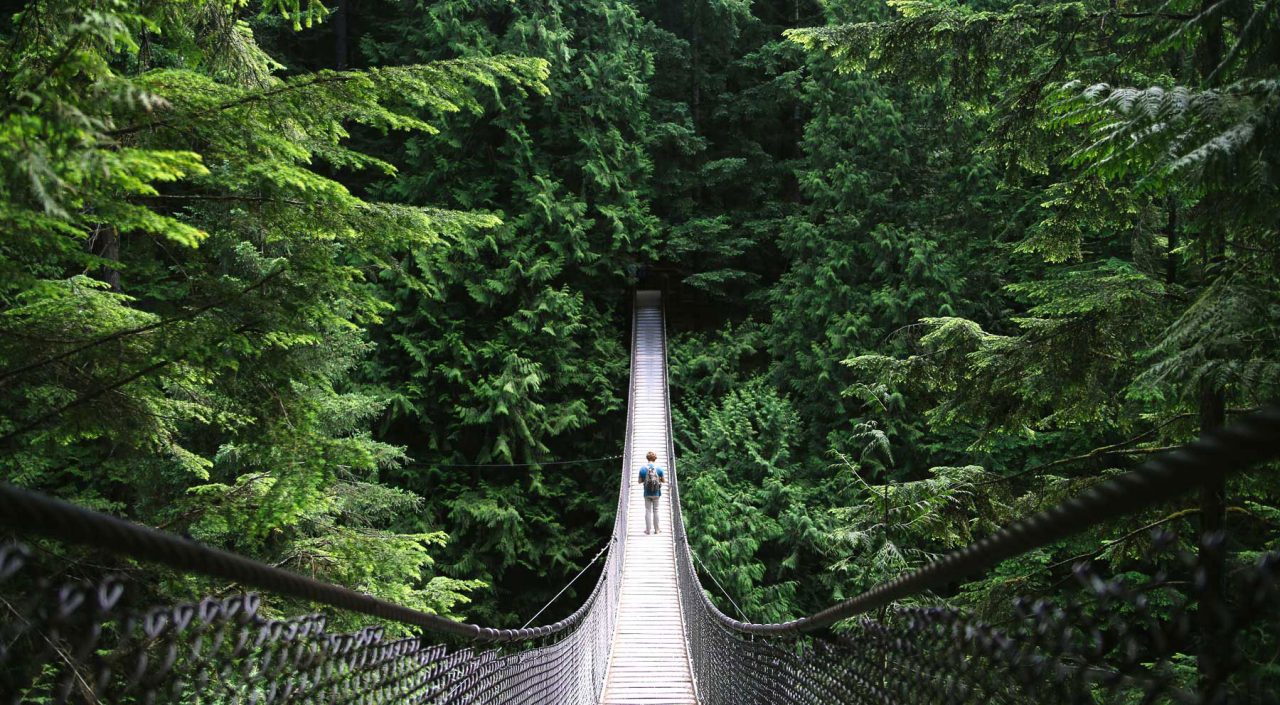 As human society continues to blow past sustainability targets and environmental warning signals, climate change has become an ever more serious threat.

Current evidence suggests that we have surpassed the 1.5 degrees Celsius warming boundary set by the Conference of the Parties in Paris in 2015. As winters become colder, summers become hotter (with longer periods of drought, forest fires, and dangerous heat waves), sea levels rise, and extreme weather events become more common, the ramifications of global warming have spread to affect all aspects of life on Earth.

In order to contend with the multifaceted challenges of climate change, as well as prepare for the imminent trends of a growing human population and urbanization, policy, land and resource management, and human behaviour must change. Current consumption patterns that rely on fossil-fuel intensive inputs and abundant access to cheap, factory-farmed animal products cannot continue.

As the growing middle class in the developing world demands food products like the wealthy consumers of the West, not only the food system but the land it relies on is strained beyond its capacity. In the face of alarming findings on the urgency of climate action to avert total disaster, we must question which consumption habits are dooming the very land we call home.

The way humans are eating in 2019 is a shock to our nature. The current abundance (at least, the illusion of abundance) has brought an unparalleled access to calories to the majority of the human population. Unfortunately, this cornucopia is not evenly distributed.

While our ancestors subsisted off an omnivorous diet of animals, plants, and funghi, our modern agricultural system of worldwide mass-market distribution has brought us far from our roots. When each animal that was eaten had to be hunted down or individually reared and slaughtered, requiring much more intensive inputs, it would be impossible to consume its byproducts on such a vast scale. Natural ecosystems would render our current diets impossible. Yet due to centuries of domestication, industrialization, and increased economic complexity, we are able to eat, effortlessly, at scales our forebears could have never dreamed of.

The same agricultural methods that transformed a wild grass seed into the milled flour that supported the building blocks of civilization, removed key animals from the food chain to restructure the human lifestyle. Namely, pigs, chickens, sheep, cows, turkeys and goats have been plucked from their ecosystems to serve insatiable human desire. Suffice to say, we have dragged our plate far out of the range of natural.

Notable journalist and author, Michael Pollan, has stressed in his In Defense of Food: An Eater’s Manifesto, that we have fled far from home and culture when it comes to our diets. The proliferation of fast food joints, monocropped processed, artificial and carbonated “food” imitation products has become a plague on human health, the environment, and especially the animals we share our planet with. People are paralyzed by the options that abound, confronting us with artificial abundance, yet we have forgotten how to eat. We love food, but we know nothing about its origins, much to the detriment of the world around us.

In our leap from hunter gatherers to supermarket perusers and microwave dinner connoisseurs, we have done a massive injustice to our planet. To facilitate the massive amount of calories that the Western world consumes (3,600 calories a day for American adults, well above the recommended levels), livestock is bred like never before, and productivity is beaten into the weary soils of the agricultural world.

The livestock that fuels our bacon, steak, latte addictions accounts for an estimated up to 18% of all human-induced greenhouse gas emissions. Our food system on the whole accounts for 30% of our emissions. More concerning are the harsher emissions from cattle, such as methane, which is 30 times more harmful than carbon dioxide for its impact on the climate. Nitrous oxide, which is released when animal manure is used as fertilizer for crops, is 265 times more potent than carbon dioxide. The combined effects of these emissions released in excess accelerates global warming and puts our entire planet at risk. To accommodate a growing population that is projected to swell to 10 billion by 2050, it is estimated that we will need to increase food production by 50%.

With such daunting statistics, might it not be worth reaching for the vegetarian alternative? As we look to curb our emissions and do better by the Earth, every step is important. We should certainly prioritize more sustainable transportation, energy, consumer goods, businesses, and policy efforts, but modifying the food we eat is an easy switch, and it would have an enormous impact on the climate. The food dollars we spend determine the type of world we live in, and if it has any viable future.

Around the world, water is in crisis. A global population of 7.5 billion and pushing has staggering water needs; for drinking, cooking, hygiene, recreation, sewage, industry, and mainly, agriculture. Although there is water all around us, only 1% of the Earth’s water is liquid freshwater. The rest is seawater or frozen at the poles. As the planet warms and resources are strained with a growing population demanding more urbanization, more food, more wealth and more of everything, the finite access to fresh water has become a daunting challenge.

Agriculture uses about 70% of all freshwater, and up to 90% of freshwater in developing countries. The giant plantations that the majority of our crops are grown on today access this water cheaply and inefficiently, while sending back pollutants in the form of pesticides into the very water systems their business relies on. The nitrogen released in droves into river systems worldwide takes a massive toll on marine life and ocean health, as unfortunately displayed with an annual 6,000 square mile dead zone of algal bloom that flares up every Spring in the Gulf of Mexico from American farming. In 2015, air and water pollution caused a reported 9 million premature deaths. While a tremendous amount of water must be used for growing crops at our current demand, there are more efficient usage methods that would greatly reduce our waste and free up water for the most vulnerable.

Water is used in an incredibly wasteful way, because it is priced like an inexhaustible resource. Water-intensive crops are grown in arid regions. Desert farmers access freshwater to irrigate their fields at a price that doesn’t even cover its delivery.

Our eating habits are largely to blame for the excessive, inefficient water use that condemns us. Each 100 calories of beef require about 1,000 liters of water to produce. Alternatively, each 100 calories of broccoli require 10 liters. As demand around the world soars for meat, our water resources become stretched beyond capacity. Freshwater supplies cannot sustain a global population of carnivores – the current demand for animal products has already stressed our climate to the point of disaster.

When a third of Earth’s population lack access to clean and safe water, we have to question if we are respecting our resources and consuming responsibility. In the overuse of freshwater to feed an animal-intensive diet, humans have taken advantage of our world’s most precious resource. As valued of a commodity as oil is, our bodies don’t depend on oil for survival. Without water, we would be dead within days. With this reality in mind, we must be more conscious of the impact of our food choices.

As the food and water needs of a growing human population stretch demand exponentially, we encroach upon the very nature that sustains us. For our humble East African roots, homo sapiens have done a remarkable job of traversing the expanses of the globe. While fantastic within the framework of evolutionary success, humans have proliferated throughout the planet to occupy 6 continents, whose activities and excess shape the remainder of the environment. One of the most concerning costs is the estimated loss of 60% of Earth’s animal life to the scourge of human agriculture and industry.

Both the food we and livestock eat is controlled by consolidation. The processed byproducts of corn, wheat, and soy make up about 60% of our diets, and their success depends on the habitat loss of other plant and animal species. In the past, humans around the world subsisted off a vast array of plants, animals, and funghi, their cultivation small and sustainable in its variability. As our diets concentrate around a handful of factory-farmed, hormone-injected livestock and seed crops, we are not only vulnerable to monoculture diseases, but our health, the survival of the remaining animals and plants, and our planet are all at risk.

Our global food system is fundamentally inefficient. Only 55% of the world’s crops are feeding humans directly. Livestock cultivation accounts for up to 80% of all agricultural land use. Throughout the African continent in particular, where malnourishment and starvation continue to ravage the population, much of the viable land is used to feed the livestock of wealthier countries. Our soaring demand has already propelled deforestation, habitat loss, mass species extinction, and extreme disasters. With a swelling population that is projected to demand 50% more food in the next 30 years, something has to give.

In fragile ecosystems like the Amazon Rainforest, the Congo Basin, and the Himalayas, the loss of pristine habitat is especially threatened by the sprawl of agricultural land. While these natural utopias are objectively crucial, the monetary potential of expanded livestock production is a much more tangible financial reality for producers. The values that go unseen are the ones we cannot afford to lose – habitats rich in plant, animal, fungal and bacterial biodiversity, carbon sequestration, and water cycle maintenance.

It is undeniable that some land must be used to produce food for humans. This in it of itself is no crime, but the indelicate methods by which we wrestle nutrition from the planet must be radically reformed. Our current way of life is a threat to its own future. The United Nations projects that we have a mere 12 years to halt the climate crisis. The survival of the human race, and the planet of which we are default stewards, relies on alternative farming, changes to our diet, and a total rethink of our relationship to the land and our fellow creatures.