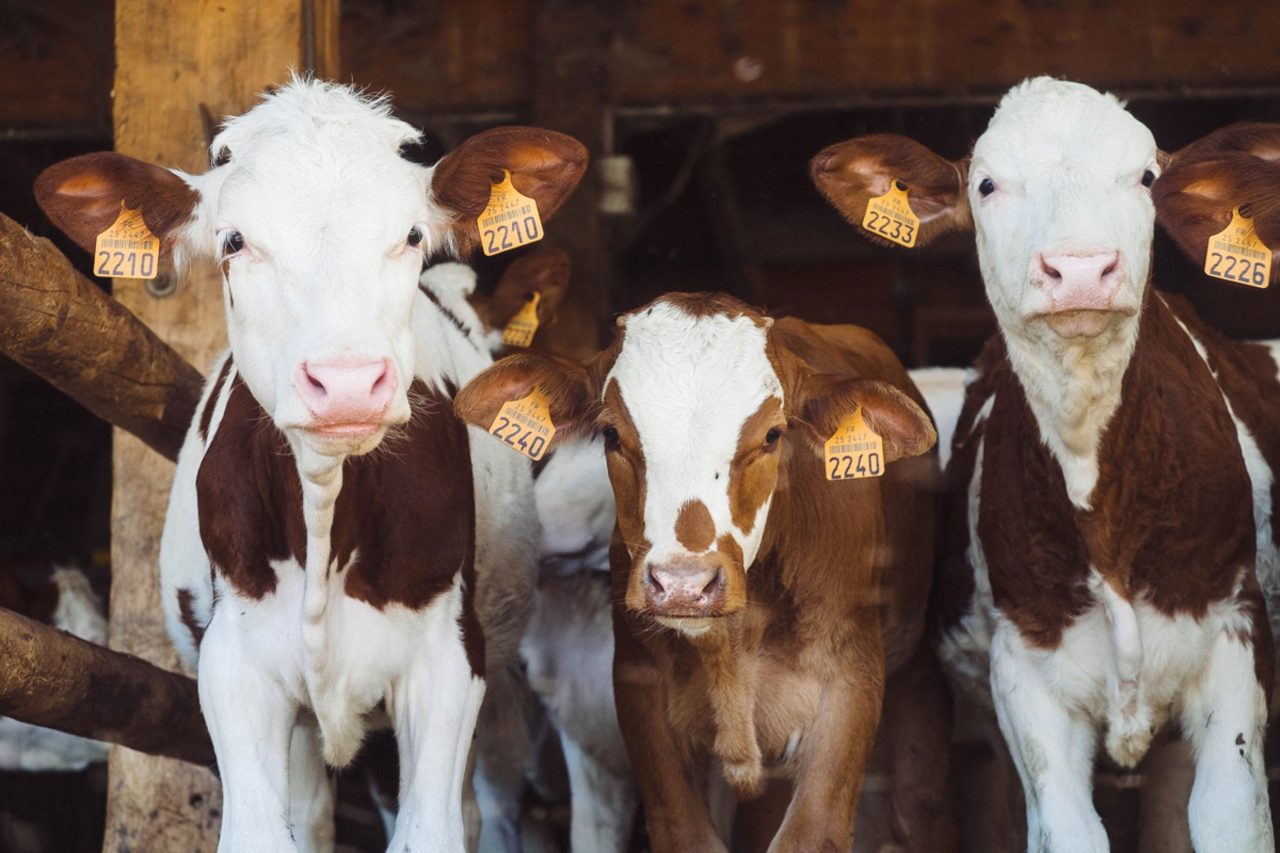 Whether or not our ancestors depended on meat consumption for survival, there is no denying that our modern system of animal exploitation is a far cry from our hunter-gatherer roots. The modern consumer can buy a pristinely packaged plastic chicken breast at the supermarket without participating in any violence, technically. Our sense of responsibility for the animal’s life has been outsourced to the factory farm worker we pay to be violent on our behalf. This veil of innocence, the cellophane convenience, comes at a heavy cost to the victims of our insatiable demand.

Those who choose to avoid eating animals for ethical reasons believe that it is wrong to take the life of a conscious creature capable of love, compassion and pain, merely for the fleeting taste of its flesh. While the majority of human cuisines involve animal products, we must be open to ethical evolution and critical thinking. As new information comes to light about the terrible treatment of livestock on factory farms, we cannot afford to stay in the dark. Humans have the conscious capacity to make moral decisions, thus, we have the opportunity to  do better by our animal brethren.

Beyond the holistic consideration that killing other conscious beings is wrong, the experience of a slaughterhouse is infamous for its outstandingly cruel treatment of animals. The efficiency of this violence may provide dollar menu cheeseburgers and bottomless buckets of suspiciously cheap chicken wings, but the economic system that allows such competitive prices forces the industry to cut corners wherever possible.

According to the American Society for the Prevention of Cruelty to Animals (ASPCA), over 95% of the animals eaten in the United States are reared on factory farms. With this statistic in mind, it’s faulty to fantasize about idyllic open pastures of grazing cows and pigs in mud pens to ease our minds of the moral weight of our dietary decisions. The animals of today’s factory farms are not treated with even a fraction of dignity that sentience ought to guarantee.

Confined to dark and dangerous fates within battery cages or steel pens, every moment of a factory farmed animal’s life is misery. Beyond these animals’ prevention from expressing natural behaviours, their lives are cut frighteningly short to meet an ever shifting bottom line. Pigs can live up to 12 years of age, but are killed at or before the 6 month mark. Cattle have a natural lifespan of 15 to 20 years, yet are slaughtered at 18 months. Dairy cows are allotted a torturous 4 years before their bodies are brutalized beyond repair, and are eventually sold off as low-grade hamburger meat.

Calves are taken from their mothers the day they are born so that humans can intervene to take their milk and not a drop is “wasted” on the calf. Male calves are slaughtered as veal as they serve no further use in the dairy industry. Sows are routinely artificially inseminated and hooked up to painful milking machines to extract their prized dairy. Dairy cows have been artificially selected to produce up to 8,500 kg of milk per year, at the expense of the cow’s health. Inspectors from CETFA (Canadians for the Ethical Treatment of Farmed Animals) have witnessed spent cows with rotted hooves from spending their entire lives standing in their own feces, completely emaciated and calcium-depleted. The dairy cows can typically only last through 3 cycles of impregnation and lactation before their bodies are wrecked and sent to slaughter.

There are no winners when it comes to factory farming. About 80% of pigs develop pneumonia from the deplorable and unsanitary conditions within the slaughterhouses. The metal pens pigs are kept in allow no room for movement, and a lifetime spent immobilized in their own excrement is understandably a breeding ground for misery and infection. Given these standards of care, it is no wonder that the industry must use record amounts of antibiotics to supposedly treat disease, at the expense of both animal and human health.

Any attentive dog-owner can vouch for the intelligence and emotional capacity of their pet. Our obsessive culture surrounding cats and dogs has even evolved into the popular phenomenon of “fur babies”, where pets are spoiled like human children. The average dog can learn up to 150 verbal commands, distinguish basic numbers and arithmetic, and partake in complex social interactions. It is no stretch of our compassion to value the lives of our canine companions, so why should our hearts remain closed to other animals?

Pigs are at least as intelligent as dogs. These remarkably complex animals can learn symbolic languages, whiz through mazes, collaborate in sophisticated social systems, and even play video games. With these abilities, it would logically follow that a life limited to torturous confinement might not be the best for pigs’ psychological or physical health. Anxiety-induced tail biting and even cannibalism are so common in frightened piglets that slaughterhouse workers have taken to clipping their teeth and cutting off their tails, both without anesthesia.

When allowed to express their natural behaviours, cows are incredibly playful, social, emotional beings. Sows are known to mourn their lost young, crying out for days after their babies are forcibly taken away from them.

Meat eaters often resort to the defense that humans are the superior creatures – that because of our violent control over the rest of the world, we somehow deserve to use and abuse other animals on taste-driven whims. Alternatively, they might suggest that the predator-prey binary is an undeniable part of nature, and in slaughtering farm animals we are merely perpetuating this evolutionary advantage.

Factory farms are anything but natural. The lifelong pain experienced by their prisoners is an obvious testament to that. The devastating effects of GMO soy and corn-fed livestock on human health and the environment are further evidence. While hunting down a deer to feed a starving family may fit into the framework of the circle of life, the toxic overconsumption of animal products in the western world puts our planet at great risk while holding billions of animal lives as ransom.

We simply know too much about animal sentience to play ignorant about the unfathomable suffering they endure to satisfy our cravings. It is time to say no to this terrible injustice, build a kinder world, and stop eating animals.

Humans have been stumbling over the philosophy of morals for thousands of years. We love to pontificate on right and wrong. While some ethical questions are ripe with complexity and nuance, murder and slavery are generally regarded as universally wrong. When it comes to the treatment of animals, though, the jury is out.

Vegetarianism is firmly grounded in Hindu, Buddhist, Tao and Jain traditions. These religions are connected by the Dharmic practice of “ahimsa”, or non-violence, which recommends a vegetarian diet to enable followers to avoid the negative karmic effects of animal consumption. While most religions preach compassion towards other humans, the Dharmic faiths take this one step further to consider the lives of non-human animals as spiritually relevant. Abrahamic religions (Judaism, Christianity and Islam) place some restrictions on certain types of “unclean” or “impure” animal foods, such as with Muslim standards for halal meat, but fall short of full-fledged vegetarianism.

We lack a universal standard for the ethical treatment of animals, yet many religious and ethical texts share the same prescriptions for mercy, justice, compassion, and abstinence from torture, cruelty or general violence. Should it be such a stretch to include animals in this consideration? There are delicious, healthy alternatives to animal products. If we continue to slaughter animals in the full knowledge that they are sentient creatures, and our survival does not even depend on their deaths, then it is nothing but selfish any nd immoral to continue this inhumane practice. If we wish to consider ourselves ethical, we must do better by these innocent creatures whose lives are in our hands. A plant-based diet can save 200 animals each year. By any sound moral calculation, the choice is abundantly clear.